Archive by Author
You are here: Home > Agni

No Agni Wetsuit Heater needed down there!:

Another great reason to be packing an Agni Wetsuit heater. You never know where there’s going to be waves. Even if it’s in a cold river in rural New Brunswick, Canada!

Great video of some West Coast rippers in Eastern Canada!

Really sad to see and hear of the news. It was a great place with even better times.   Knowing the good people down there, it will be back better than ever!  Here’s a full article from CBC of the unfortunate fire.

Happening at Park Lane Mall until October 2nd. Even though the poster says the first.  Drop by and check out the best in surfing from various artists!

(Halifax, NS) – The 2nd annual Canadian Surf Film Festival (CSFF) launches its 2011 program with over 20 films, including regular length features and shorts, about surf culture as it relates to communities and traditions all over the world, from as near as Halifax to as far off as rural Indonesia.

“We’re really excited about this year’s line-up. In our second year, we’re bringing eight Canadian premieres,” says Development Director, Keith Maddison. “And we’ve got filmmakers and surfers from across North America joining us to present many of these films. We can’t wait to bring this program to our community, not just the surf community. The line-up touches everything from environmental conservation to mental health issues, and from anthropology to indie art filmmaking.”

The Festival kicks off with the Canadian premiere of Splinters on Thursday, September 29, 2011. Filmed in Papua New Guinea in a traditional society facing the pressures of modernization, this film tracks events leading up to the first national surf competition. Also during the CSFF, New York-based professional surfer Mikey DeTemple presents his film Sight | Sound, an artistic rendition of surfing in picturesque locales around the world, including Nova Scotia and featuring local surfer Dean Petty. The Still Point is a spiritual look at waves, surf and the connection of all things. Manufacturing Stoke, a documentary by Pierce Michael Kavanagh, deconstructs the environmental impact of surfing and the hypocrisy of a sport that depends so completely on a thriving ecosystem. Just Add Waterdocuments the journey of surfing prodigy, Clay Marzo, who after being diagnosed with Asperger’s Syndrome, became a voice for mental health in a community otherwise disconnected. Titan Kids follows Brazilian pro surfer Andre Silva home to spend time with children who aspire to pursue surfing as a way to escape their lives of abject poverty. Professional surfer Keith Malloy presents the Canadian premiere of his directorial debut Come Hell or High Water, a film about the beauty of riding waves with simple tools like wooden hand planes. Minds in the Water documents professional surfer Dave Rastovich and his quest to protect dolphins, whales, and the oceans they share. Somewhere Near Tapachula tells the heart-warming story of two Australians whose orphanage in southern Mexico employs surfing as a rehabilitation tool, tackling pressing social issues like the drug trade, human trafficking, and gang culture. Who is J.O.B. takes a look at professional anti-contest rebel Jamie O’Brien, as he travels the world in pursuit of the best waves. The Hot Generation, a retrospective shot in 1967 by Paul Witzig, captures high performance long-boarding as it peeks, just before short boards take over. For trailers and more on the films go to www.canadiansurffilmfestival.com/?page_id=14 .

The Short Film Challenge is a Canada-wide short film competition that encourages both experienced and inexperienced filmmakers to create and produce short films (10 minutes or less). All submissions are considered for the Grand Prize and a World Premiere for a shortlist screens during the CSFF on Friday, September 30, 2011. The Grand Prize is a trip for two to Kandui Resort, Indonesia–one of the premier surf destinations in the world. The winning short also screens at the London Surf Film Festival. Local pro surfer Nico Manos won last year’s Short Film Challenge with his short Nico in Indo. Shorts must be submitted no later than September 15, 2011. To enter, visit http://canadiansurffilmfestival.com/?page_id=12

A film jury, comprised of surf and film aficionados, both local and visiting, chooses the best film of CSFF 2011, as well as the winner of the Short Film Challenge. Among the jurors, Andrew Murphy, Programming Manager at the Atlantic Film Festival. Grant Ellis, Photo Editor at Surfer Magazine based in California. Scott Hulet, Editor of The Surfer’s Journal also out of California. Tyler Breuer, founder of SMASH Productions New York. Justin Huston, local surfer and President of the Surf Association of Nova Scotia. Ricardo Salcedo, local surfer and freelance journalist. Devon Howard, surfer, writer, and photographer based in California. For more on the jurors, visit http://canadiansurffilmfestival.com/?page_id=605 .

The CSFF is excited to host several special events during and leading up to the Festival. Among them, the CSFF Launch Party–in partnership with the Atlantic Film Festival–to be held at Niche Supper Club (1505 Barrington Street) on Wednesday, September 21, 2011. Opening night kicks off at The New Palace (1721 Brunswick Street) on Thursday, September 29, 2011 with hip-hop band Three Sheet,featured in The Coast Magazine’s “Best Of” issue. Local surfer and rock star Matt Mays returns to the CSFF to play at The New Palace on Saturday, October 1, 2011. Last year Mays played a sold out show for closing night. The CSFF closes with the Awards Show at The Seahorse Tavern (1663 Argyle Street) on Sunday, October 2, 2011.

The 14th Annual Surf Art Show at Laughleton Gallery (115 Shore Road, West Chezzetcook) opens Saturday, October 1, 2011 in partnership with the CSFF, with an exhibit that celebrates surf and art culture in Nova Scotia. This a public event and features works from over 40 artists, from children and professional artists alike.

All screenings are at Empire Theatres, Park Lane Mall. Tickets for screenings and special events go on sale this Tuesday, September 13, 2011 at all Ticketpro outlets in Nova Scotia and on Ticketpro.ca . Tickets will also be available for purchase in-person starting September 22, 2011 at the Canadian Surf Film Festival Box Office in Park Lane Mall (5657 Spring Garden Road). For hours of operation, visit: www.canadiansurffilmfestival.com

The CSFF shares up-to-date news and announces ticket and other prize giveaways daily on Twitter @canadasurffilm and on Facebookwww.facebook.com/canadiansurffilmfestival .

The Canadian Surf Film Festival began with a handful of local surfers who dreamed of watching surf films, old and new, on the silver screen with their friends. Now in its second year, the CSFF has garnered international press and has established itself as a force in the surf film festival circuit. The CSFF is committed to providing a unique and celebratory forum for local, national and international surf films and surf culture to collide.

Welcome to AGNI Products. We do warm things. 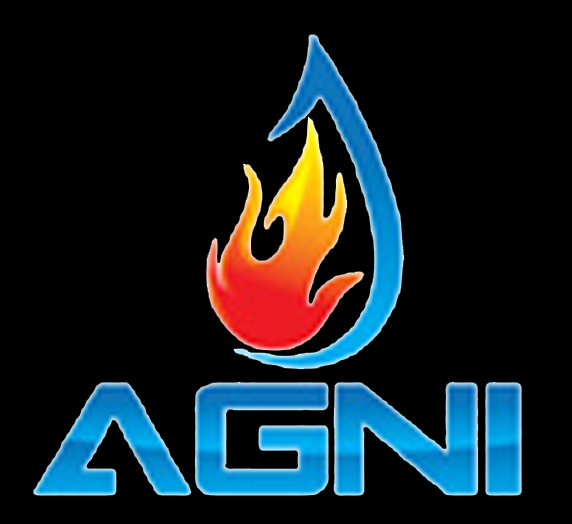 Soon to be released is an innovative wesuit heater.

This is the beginning of the rock show, enjoy!

Websters D: The Vedic God of Fire and guardian of humanity. [Sanskrit Agni]